When it comes to business, many people think that the more skills they have, the better. This is not always the case. In fact, specializing in one skill can actually make you a lot more successful than being a jack of all trades.

Here’s why: when you specialize in one skill, you become an expert in that area. You know everything about it and how to do it well. This gives you a competitive edge over other businesses who are not as specialized.

What it means to be a jack of all trades? There’s an old saying that goes “Jack of all trades, master of none.” This phrase is often used to describe people who are good at a lot of different things, but who don’t really excel at any one thing.

While it’s certainly commendable to be well-rounded, in today’s world it’s more important than ever to specialize in one particular skill. In order to be successful, you need to be an expert in your field. Here’s why:

In the past, a jack of all trades could get by with being just competent in many different areas. But in today’s competitive marketplace, employers are looking for workers who are true experts in their field.

They want employees who have deep knowledge and experience in one particular area. By specializing in one skill, you can set yourself apart from the competition and make yourself more attractive to potential employers.

In addition, specialization allows you to develop a true mastery of your craft. When you focus on one particular skill, you have the opportunity to become truly great at it. You can learn all there is to know about that skill, and you can practice it until you’re able to do it flawlessly.

On the other hand, if you try to spread yourself too thin by trying to be good at everything, you’ll never really achieve excellence in anything. So if you want to be successful, focus on becoming a master of one skill instead of a jack of all trades. The dangers of being a jack of all trades

In a world where knowledge is constantly expanding and technology is evolving at a rapid pace, it can be tempting to try to learn as much as possible. However, while versatility can be an asset in some situations, there is also value in specializing in one skill.

When you focus your attention on becoming an expert in a particular area, you are able to develop a deep understanding of the subject matter. This level of expertise can make you more efficient and effective in your work, and it can give you a competitive edge in your career.

Additionally, specializing in one skill can help you to navigate the ever-changing landscape of your field more effectively.

As new technologies and approaches emerge, you will be able to apply your deep understanding of the subject matter to these new developments, helping you to stay ahead of the curve. In a world that is constantly changing, specialization can be a key asset.

Read More: How to Start and Run a Successful Equine Business Consultant Firm

Why you need to specialize in one skill?

In today’s competitive job market, it’s more important than ever to have a specialty skill that sets you apart from the rest. While it’s always good to be a “jack of all trades,” when it comes to your career, it’s better to be a master of one.

Specializing in a particular skill can make you more marketable to employers and open up opportunities for advancement. It can also help you earn a higher salary, as employers are often willing to pay more for experts in their field.

If you’re not sure which skill to specialize in, consider your interests and strengths. Then, do some research to find out which skills are most in-demand in your industry.

Once you’ve found your niche, put in the hard work to become an expert in your field. The effort will pay off in the long run!

How to specialize in one skill?

Many people believe that it is better to be a “jack of all trades, master of none” than to specialize in one particular area. However, this way of thinking can actually lead to lost opportunities and wasted potential.

In today’s competitive marketplace, employers are increasingly looking for workers who have a specific set of skills that can be applied to a specific task. As a result, those who attempt to be a “jack of all trades” often find themselves struggling to stand out from the crowd.

To be successful, it is essential to focus on developing one specific skill. By becoming an expert in a particular field, you will be better positioned to take advantage of opportunities as they arise.

Additionally, employers will be more likely to view you as an asset, rather than simply another worker. To specialization in one skill, begin by identifying an area that interests you.

Once you have selected a field, research the necessary skills and start practicing. It may take some time to become an expert, but the effort will pay off in the long run. Specializing in one skill will open doors and help you achieve success in your career.

Benefits of specializing in one skill

In a world where it seems like everyone is a jack of all trades, it can be tempting to try to be a master of everything. However, there are several good reasons to specialize in one skill.

For one thing, it allows you to become an expert in your field. This can make you more marketable and increase your earning potential.

It also allows you to develop a deeper understanding of your chosen subject. As you learn more about your specialty, you can apply this knowledge in new and innovative ways.

Finally, specialization can give you a sense of satisfaction and accomplishment that comes from becoming an expert in something. So if you’re wondering whether it’s worth it to focus on just one thing, the answer is a resounding yes!

Examples of successful businesses that specialize in one skill

In today’s competitive business world, it’s more important than ever to specialize in one skill. The old saying “Jack of all trades, master of none” is no longer accurate.

In order to be successful, businesses need to focus on becoming the best at one thing. There are countless examples of businesses that have found success by specializing in one skill.

One well-known example is Apple. Apple has built its entire brand around being the best at design and innovation.

The company has never been afraid to invest heavily in research and development, and as a result, they have consistently released groundbreaking products that have revolutionized the tech industry.

Another example is Southwest Airlines. Southwest has laser-focused on becoming the most efficient airline, and as a result, they have become one of the most profitable airlines in the world.

Specialize in one skill and build your business around that skill. When you do that, you’ll be well on your way to success.

24 Hr McDonalds Near Me: Find the Closest Location

How Many ML in a Tablespoon? An Extensive Guide 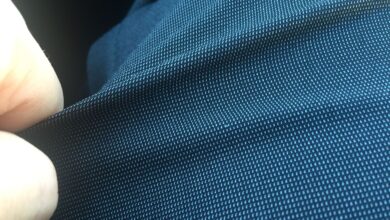