What do tattoos and heaven have in common? A lot of people think that you can’t go to heaven if you have tattoos. But is that really true?

In this blog post, we will explore the topic of tattoos and heaven. We will discuss what the Bible says about tattoos and whether or not they are sinful.

We will also look at the opinions of other Christians on this topic.

Finally, we will give you our own opinion on whether or not having tattoos affects your chances of going to heaven.

What are tattoos and what do they represent?

Tattoos have been around for centuries, and their popularity shows no signs of waning. For some people, tattoos are simply a form of self-expression, a way to display their personality on their skin.

For others, they hold deeper meaning, serving as a reminder of a significant event or person in their life. But what do tattoos actually represent? Are they a mark of rebellion, or a sign of devotion?

The answer, it seems, is both. Tattoos can be seen as a form of rebellion against societal norms, but they can also be viewed as a way to express one’s devotion to a particular belief or cause.

In the end, it comes down to personal preference. Some people find tattoos empowering, while others see them as an act of defiance. Whatever their opinion, there’s no denying that tattoos are here to stay.

What does the Bible say about tattoos?

The Bible does not explicitly mention tattoos, so Christians are divided on the issue. Some believe that the scriptures prohibit body modification, while others argue that the Bible only condemns irresponsible tattooing, such as getting inked as part of a pagan ritual.

The truth is that there is no clear answer, and Christians must prayerfully discern their own position on tattoos. However, one thing is certain: our bodies are temples of the Holy Spirit, and we should treat them with care and respect.

Whether or not you choose to get a tattoo, always remember that your body belongs to God and is to be used for His glory.

Are tattoos sinful or not?

The belief that tattoos are sinful has its roots in Leviticus 19:28, which states, “You shall not make any cuts on your body for the dead or tattoo yourselves: I am the Lord.”

Though this verse is often cited as evidence that tattoos are a sin, it’s important to look at the context in which it was written.

In Leviticus, the Israelites were instructed not to engage in the pagan practice of cutting their bodies or tattooing themselves as a way of mourning the dead. This was likely because these practices were associated with idol worship and other forms of false religion.

In other words, the prohibition against tattoos in Leviticus was not intended to be a general rule for all people at all times. Instead, it was a specific instruction for the Israelites not to engage in pagan practices.

So, what does the Bible actually say about tattoos? There are no other explicit references to tattoos in Scripture, but there are a few principles that can guide our thinking on this issue.

First, our bodies are temples of the Holy Spirit (1 Corinthians 6:19-20). This means that we should take care of our bodies and avoid doing anything that would damage them.

Second, we are called to love our neighbors as ourselves (Mark 12:31). This principle would seem to rule out any form of body modification that could be seen as harmful or offensive to others.

Finally, we are called to be good stewards of the resources God has entrusted to us (1 Timothy 6:17-19). This includes our time and money; getting a tattoo requires both of these resources.

Therefore, we should carefully consider whether a tattoo is worth the cost before making the decision to get one.

Read More: What Does Heaven Look Like: A Beautiful Description of Paradise

What do other Christians think about tattoos and heaven?

Christians are divided on the issue of tattoos and heaven. Some Christians believe that tattoos are a clear violation of God’s commandment against graven images, and they believe that anyone who dies with a tattoo will be denied entry into heaven.

Other Christians take a more lenient view, believing that tattoos are simply a matter of personal preference and that they won’t necessarily prevent someone from going to heaven.

Still other Christians believe that whether or not someone with a tattoo can go to heaven will ultimately be up to God. In the end, there is no definitive answer to the question of whether or not tattoos will prevent someone from entering heaven.

So what’s the final verdict? Can you go to heaven with tattoos? The answer, quite simply, is yes. Whether or not you have tattoos, heaven is open to all who believe in and follow Jesus Christ.

It doesn’t matter if you have a few small ones or if your entire body is covered – tattoos will not prevent you from entering into God’s kingdom. So go ahead and ink up!

Your body is a canvas, and it’s your right to decorate it however you please. Just remember that, when choosing your designs, to always keep heaven in mind. After all, that’s where you’ll be spending eternity. 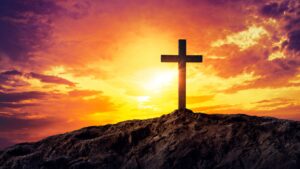 How Many Acres in a Square Mile? A Thorough Guide 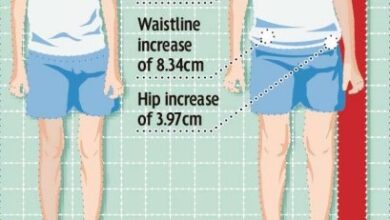 What is the average height for a 13 year old – and how do you compare?